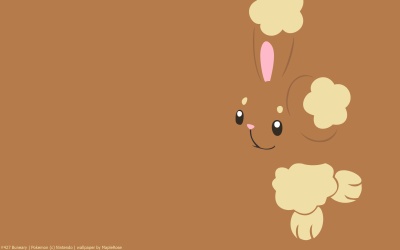 Buneary, the Rabbit Pokémon. When sensing danger, it extends both ears as an alert, and when cold, it curls up and goes to sleep.
– Dawn’s Pokedex

It’s the year of the rabbit, in honour of that, today’s post is Buneary, the Rabbit Pokemon!

I don’t own a Buneary, but I am familiar with it because Dawn owns a Buneary in the anime (who somehow knows Ice Beam when she caught it, it must’ve learned the TM somehow by itself, haha). Buneary is quite cute, but its evolved form, Lopunny looks weird…