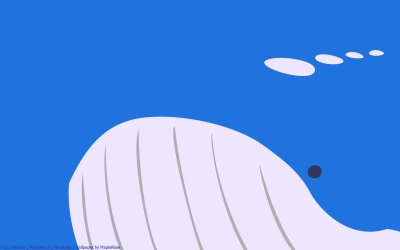 Wailord, the Float Whale Pokémon. Wailord is the largest Pokémon yet discovered. When diving out of the water in pursuit of its prey, it makes quite an impressive sight.
– Ash’s Pokedex

Wailord is the largest Pokemon, being based on a whale. Despite its size of 14.5m tall though, it’s still smaller than real-life whales, and a lot lighter.

Stat-wise, Wailord has a LOT of HP; it has the 4th highest HP of all Pokemon.

Wailord is in the Ground egg group, which is the same as Pokemon like Skitty, which means that Wailord can breed with Skitty, which had evolved into the HSOWA joke

Wailord’s size is fun to play with. For example, if you take it to the Dreamworld in Gen V, it’s so enormous that it barely fits in your house. See wartjr2373’s blog entry for pictures, as well as the “6 wailord fight”.