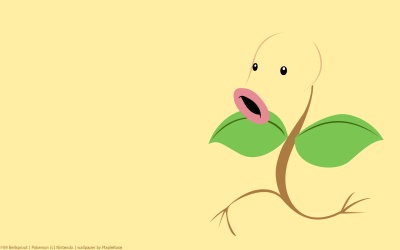 A carnivorous Pokémon that traps and eats bugs. It appears to use its root feet to replenish moisture.
– Pokemon Red/Blue Pokedex

Bellsprout is perhaps most famous for being part of the Bellsprout Towler in Johto that you have to go through before you can get to the first gym. It was easy for me, since I had Cyndaquil as a starter, but it must suck for Water starters, since they all use Vine Whip.

Stat-wise, it’s rather slow, but has good Attack and Sp Attack.