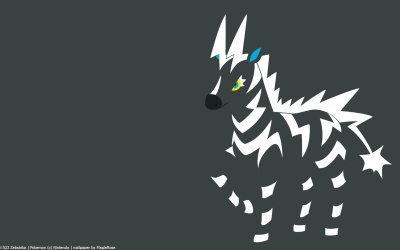 They have lightning-like movements. When Zebstrika run at full speed, the sound of thunder reverberates.
– Pokemon Black Pokedex

I was quite excited when Zebstrika was first revealed, because there has never been a Zebra-based Pokemon before. And its design is pretty cool-looking, incorporating its electric type quite well. Zebstrika has a quite unique cry.

Stat-wise, it’s pretty fast, and has higher Attack than Sp Attack. Although its Sp Attack isn’t bad, and Lightningrod can help raise it. Zebstrika can learn both physical and special attacks. My Zebstrika is named Blitz (because it was a Blitzle), and I use it now to catch Pokemon, because it has Thunder Wave.