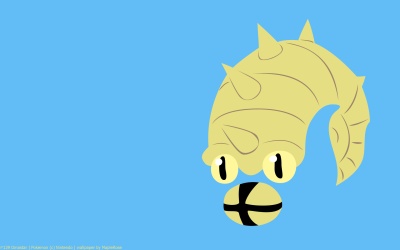 Omastar, the evolved form of Omanyte. This extinct Pokémon is believed to have used its sharp fangs to break through the shells of its prey in order to feed.
– Ash’s Pokedex

Omastar is the fully evolved form of one of the first fossils. Apparently it went extinct because its shell was too heavy. Its typing of Rock/Water isn’t great, it has 4 weaknesses, including a double weakness to Grass.

Stat-wise, it has high Defense, and good Sp Attack, the highest of Rock type and non-legendary Water type. Though in Gen I, it can’t learn any Rock type moves. Only in Gen II does it learn AncientPower. Its Speed stat isn’t great, though it has Swift Swim to boost its Speed in rain.