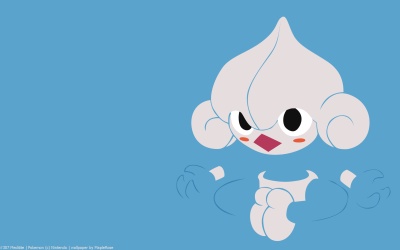 Meditite sort of looks like a monkey with a lotus on its head doing yoga. Unlike many Fighting types, it has a 50-50 male-female ratio. It’s one of the few Fighting/Psychic types. Like its namesake and species name, Meditite can learn Meditate early on.

Meditite’s stats are rather average, with Speed being its highest stat. However, its ability Pure Power, doubles the attack stat, essentially giving it 80 base Attack. I wonder why they had to do that though, and not just give it a base 80 Attack to start with.