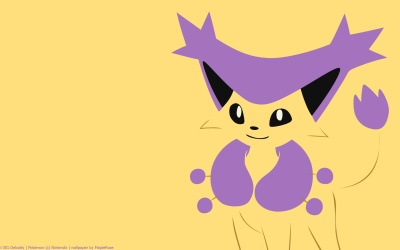 Delcatty, the Prim Pokémon. Delcatty lives its life at its own pace, happy most of the time and rarely confronting other Pokémon. Even when disturbed, Delcatty will move to another spot rather than fight.
– May’s Pokedex

Delcatty is the cat Pokemon of Gen III. Instead of Skitty’s cuteness, Delcatty is more elegant, it reminds me of those cats owned by rich people, haha. It’s the first Pokemon outside of Gen I that evolves by Moonstone, and the only Pokemon in Gen III that evolves from Moonstone.

Stat-wise, it doesn’t have very high stats, its best stats are in HP and Speed. Its ability Normalize (which is unique to Delcatty’s family) means that it gets STAB for all its moves that do damage, and allows it to have the only Normal-type Hidden Power. This means that it can hit Ground types and Volt-Absorbers with Thunderwave, but it also means it can’t hit Ghost types, or have any type coverage. Like most Pokemon that evolve by stone, it doesn’t learn any moves by level-up, there are only 4 moves it learns at the start.