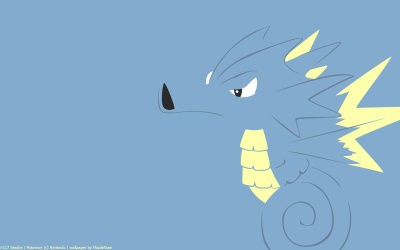 Seadra, the Dragon Pokémon. It is known for its powerful disposition that possesses both strength and speed.
– Ash’s Pokedex

Stat-wise, it has decent Speed, Sp Attack, and Defense, but pretty bad Sp Defense. Though with Gen V’s new held item Eviolite, its defenses can be boosted.