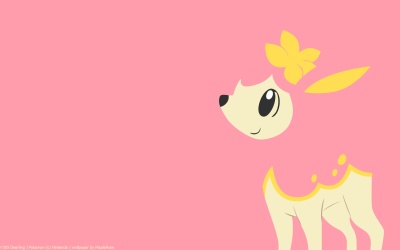 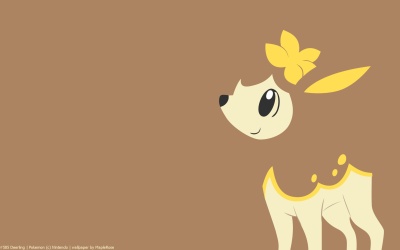 The turning of the seasons changes the color and scent of this Pokémon’s fur. People use it to mark the seasons.
– Pokemon White Pokedex

Phew, 12 images for one Pokemon, that’s more than what I usually put up per post. That’s because Deerling has 4 forms.

Deerling and its evolution are the only Normal/Grass type (even though I think others like Tauros and Stantler could be Normal/Grass too). It’s not a terrible combination, but not a great one either; it gains one weakness and one immunity, but otherwise has the same type weaknesses and advantages as a pure Grass type.

Appearance-wise, I find Deerling to be one of the cutest Pokemon introduced in Gen V, especially in plushie form (I like Spring and Fall colours best). It kind of reminds me of a Disney creature, haha. I’m a bit surprised that it took until Gen V to have a deer-based Pokemon.

The Pokemon Dreamworld has given out promotional Deerling C-Gear skins, with all the different seasons now available. They’re pretty cool, I’m using the Fall one on my C-Gear.

Stat-wise, it’s got good Speed, and decent Attack. It can have the ability Sap Sipper, which makes it immune to Grass type attacks (that it’s already resistant to), but also raises its Attack, which is good. But Chlorophyll could be useful on a sun team.