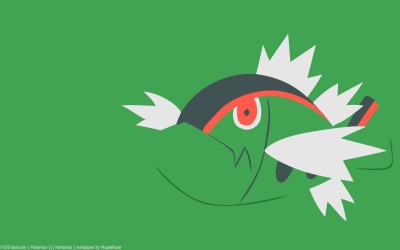 Basculin, the Hostile Pokémon. Basculin can be very violent and red and blue Basculin do not get along well, frequently resulting in battles.
– Ash’s Pokedex

Basculin is yet another Pokemon based on a fish. There are two forms of Basculin, sort of like Shellos and Gastrodon, ‘cept it’s not based on east-west, but rather if you’re playing Pokemon White or Black. In Pokemon White, you can find blue Basculin normally, and red Basculin in rippling water, and vice versa for Pokemon Black.

Stat-wise, it has Speed as its highest stat, and it gives 2 Speed EVs, so I killed a lot of Basculin when EV-training for Speed, haha. It has decent Attack, and it learns some good physical attacks, like Aqua Jet and Aqua Tail. Basculin looks angry, and it is the Hostile Pokemon, so a lot of attacks it learns by level-up are angry attacks like Thrash, Flail, Take-Down etc.