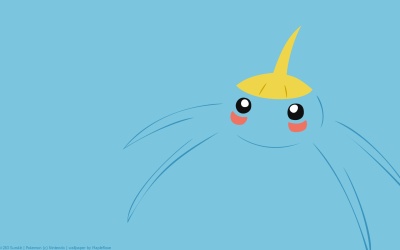 Surskit, the Pond Skater Pokémon. Surskit inhabits ponds, rivers, and similar wetlands. They move about as though skating the water surface.
– May’s Pokedex

Surskit is rather cute with that face, especially with the crescent blush marks. Its typing of Bug/Water is unique, but it loses that type when it evolves.

Despite having its primary type as Bug, it can’t learn any Bug type moves by level-up. It’s also one of the 3 Water type Pokemon that can’t learn Surf (the others are Magikarp and Wingull).

Stat-wise it has Speed as its highest stat, but its other stats are rather low. Both of its abilities Swift Swim (normal) and Rain Dish (Dreamworld) are useful on a Rain team. However, Surskit loses both of those abilities when it evolves (it gets Intimidate or Unnerve instead).