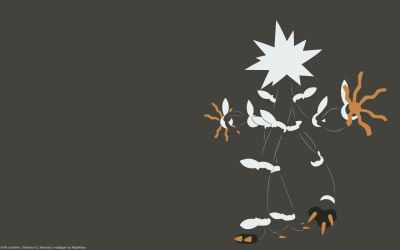 One of the mysterious life-forms known as Ultra Beasts. Astonishing electric shocks emanate from its entire body, according to witnesses.
– Pokémon Sun Pokédex

Xurkitree looks like a bunch of electric wires. Is it man-made?

Xurkitree being Electric type made capturing it kind of annoying during my playthrough, because I couldn’t paralyze it.

Stat-wise, it has really high Sp Attack (in fact, the highest of all Electric type Pokemon). Its other stats are pretty even with each other, with its defenses being the lowest stats.