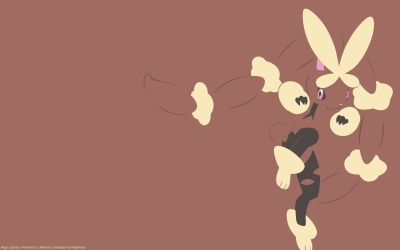 Mega Evolution awakens its combative instincts. It has shed any fur that got in the way of its attacks.
– Pokémon Ultra Moon Pokédex

Lopunny becomes Normal/Fighting type upon mega evolving. It takes a more combative stance, and it looks even more like a bunny girl with its legs looking like damaged pantyhose, and its ears more like twintails.

It gets the ability Scrappy, which lets it hit Ghost type Pokemon with Normal and Fighting moves.

Stat-wise, upon mega evolving, it gets a lot more Attack, some Speed, and a bit Defense. It’s actually becomes the fastest Normal type Pokemon. It also has a lot more Attack, plus it can learn some pretty high powered Normal and Fighting moves, making it hit pretty hard.