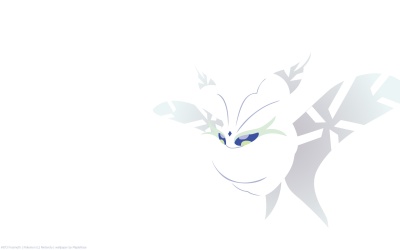 It shows no mercy to any who desecrate fields and mountains. It will fly around on its icy wings, causing a blizzard to chase offenders away.

Frosmoth is the evolution of Snom. It was not revealed prior to the game’s release, so I first saw it when I evolved my Snom. I think I like Snom more than Frosmoth… it’s not bad, its wings are pretty, but it’s too fat, haha.

Stat-wise, it has pretty high Sp Atk and decent Sp Def, but it’s kind of slow.