Which one are you getting? I’m getting Alpha Sapphire while my boyfriend is getting Omega Ruby. 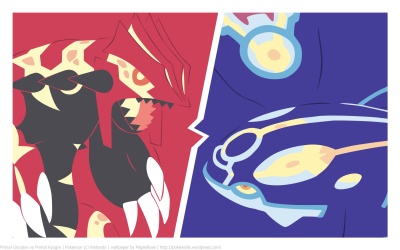 So I was playing around with Vaporeon’s colours the other day, and I wondered what Eevee would look like with alt colours…. 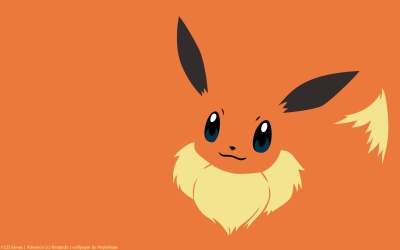 Shiny Umbreon (because it looks cool)

Zip files of all of them:

So I made these scarves to celebrate X and Y

And here’s me wearing them, they look more like X and Y when worn

So sort of an announcement about this blog: I will disappear into the Kalos region for the next week or so, so I probably won’t be posting any wallpapers (and it gives you a chance to explore the new Pokemon without me spoiling them? haha). After that I will start posting Gen VI Pokemon wallpapers 😀

Thanks for all the feedback! I do have some composite wallpapers to upload. I think I’ll put those up about once a week. First off, updated the Eeveelutions wallpaper to include Sylveon.

I put all the wallpapers I made into one folder, and determined that, including alternate formes and shinies (but excluding the composite bonus wallpapers), I’ve made 723 wallpapers, each with 3 resolutions. There are 680 posts on this blog, including this post (though not all are wallpapers). I started this blog on Jan 6, 2011, posted daily for the first year, and slacked off quite a bit near the end haha. I also used to write blurbs about the Pokemon, but stopped because I got lazy. Maybe I’ll go back and fill in the blurbs.

Also, I started these posts using 1600×900 instead of 1920×1080, and think I’m going to update the older wallpapers. Though unfortunately since I don’t own the domain the image URLs are gonna look weird (wordpress indexes the image by the month it’s uploaded), oh well. After I do that, I’ll sort through them and upload zip files.

I was looking at a map of the Kalos region when….

English name is Sylveon. Type is still a secret though. But judging by its English name, it could be based on “sylph”, can mean

1. A slim, graceful woman or girl.
2. In the occult philosophy of Paracelsus, a being that has air as its element.

New Eeveelution in Gen VI!! Japanese name is Ninfia, type, ability, English name currently unknown. It will make its debut in the Pikachu short before the Genesect movie, titled “Pikachu and Eevee Friends”.

What do you think of Ninfia? What type do you think it is? My first instinct was Flying. Nin = nimbasa? Its “hair” style kind of reminds me of Skyla. But it could also be plausible as Normal, Fighting, Dragon, or even a new type (“Light” ??)

It’s also really really pink and girly-looking, haha. Do you think it’ll still be 75% male? Or is this female-only. How does it evolve from Eevee?
END_OF_DOCUMENT_TOKEN_TO_BE_REPLACED

Did something fun today:

Trying to get the most experience gain, and most level gain, at once.

In White 2 White Tree Hollow, I’m fighting against a level 82 trainer Blissey (which yields the most experience), using a level 1 traded Happiny (because it’s in the Fast growing group) holding a Lucky Egg, using Exp boost +3, and defeating the Blissey with a level 100 Pokemon.

The result is a LOT of experience =D

Though I wonder if the number is capped though, because I did some calculating afterwards, and I should have gotten a lot more.

The Gen VI starters, all together. Tomorrow I’ll go back to normal wallpapers.

(I’ve named these starter composite posts by region names, but I don’t know what this new region is called yet XD)